The Pug is a very old breed of dog that probably comes from China and was bred there thousands of years ago as a companion dog for the emperors. In Europe, too, the pug was already a salon and fashion dog for the upper classes at the beginning of the 15th century. Countless paintings, drawings, and sculptures document the historical popularity of this breed. Even today, the pug, with its characteristically wrinkled face and stocky appearance, is a popular family and companion dog, who always brings amusement with its cheerful and even-tempered nature.

The pug is one of the dog breeds that are characterized by a tendency to become overweight. This typical lifestyle disease, which now affects almost 40% of dogs, is triggered by too much energy intake with too little energy consumption. This means that the dog gets more energy from food than it actually needs. Obesity can lead to significant health impairments such as cardiovascular diseases, diabetes mellitus, and overloading of the musculoskeletal system (HANDL and IBEN 2012). Due to the consequences and side effects mentioned, being overweight can reduce your dog’s life expectancy by 20% (Kealy et al. 2002).

In order to avoid obesity, the amount of feed that meets the needs of your dog should be determined with the optimal energy content.

In order to achieve weight reduction in an already overweight animal, the amount of feed should not simply be reduced, but the composition of the feed should be adjusted. A suitable diet food is characterized by a lower energy and fat content. At the same time, it contains an increased fiber content. The use of cellulose as a raw fiber source offers a number of advantages here. On the one hand, the energy density of the food can be reduced, which means that the dog does not necessarily have to eat less food when it starts its diet. On the other hand, the feeling of satiety can occur more quickly with rations rich in fiber (KRUG 2010, NEUFELD and ZENTEK 2008). In addition to dietary measures, an exercise program should be used to stimulate muscle building and fat burning.

Skin diseases such as atopy, demodicosis, and skin fold dermatitis are among the most common breed-related diseases in pugs.

Atopy or atopic dermatitis is a widespread disease in dogs that is based on a genetic predisposition to hypersensitivity reactions. What an atopic person reacts to can often not be fully clarified. As a rule, such dogs react to the smallest particles such as house dust mite excrement, scales, or mold spores with an allergic reaction, the symptoms of which range from itching to inflammation of the skin, known as dermatitis.

Demodicosis is an infestation of the skin with mites, which results in external symptoms such as hair loss, inflammation, or skin changes. The mites are transmitted from the mother dog to the puppies in the first few days of life. In the majority of dogs, however, Demodex infection remains without clinical signs. An existing immune deficiency, drug treatment, or malnutrition can promote the development of demodicosis, especially in young but also older animals.

Skin wrinkle dermatitis is caused by excessive skin wrinkling and occurs more frequently in pugs due to the wrinkled face typical of the breed. Friction and insufficient ventilation in the area of the skin folds lead to an infection that manifests itself in reddened, weeping or purulent areas of the skin. In addition to thorough hygiene, weight reduction in overweight animals can bring about an improvement.

Nutrient deficiencies are often a cause, or at least a concomitant factor, of skin diseases (WATSON 1988). A lack of proteins and essential fatty acids such as linoleic acid leads to a dull, brittle coat. Improper supplies of iodine, zinc, copper, and vitamins A, E, and B vitamins can also promote skin diseases. A lack of biotin due to too frequent administration of raw eggs or a lack of nicotinic acid due to an unbalanced diet of corn can also lead to changes in the complexion.

In order to prevent diet-related skin and coat changes, it is advisable to provide a feed ration that is tailored to the needs. If there are already changes, it may make sense to increase the content of certain ingredients. The content of zinc and essential fatty acids can lead to a significant improvement in coat quality. Incidentally, this effect can also be observed in healthy animals (MARSH et al. 2000). In particular, the proportion of omega-3 fatty acids such as alpha-linolenic acid should be adjusted. This essential fatty acid has an anti-inflammatory effect (Fritsche 2005) and thus helps to prevent or reduce skin changes. The natural carotenoid lutein can also have a beneficial effect on skin health due to its function as a radical scavenger (Mitri et al. 2011).

Urolithiasis is the deposition of urinary stones in the urinary tract. The urinary stones often develop as a result of a urinary tract infection, but can also have genetic, diet-related, or other causes. Too little water intake also promotes the formation of urinary stones. Typical symptoms are blood in the urine, increased urge to urinate, pain when urinating, or, in the worst case, an obstruction of the urethra. The decisive factor for the therapy is what type of urinary stones are formed, since the dietary therapy differs greatly between the types of urinary stones and e.g. T. disagrees. Male dogs primarily show difficulties with urinary stones, but female dogs can also be affected. For genetic reasons, the pug tends to form cystine stones, which are primarily formed when the urine pH is acidic. In addition to dietary therapy, drug therapy for this disease can play a role. An improvement in the solubility of cystine stones can This can be achieved, for example, by administering ascorbic acid (LUX and MAY 1983).

Protein content plays a crucial role in dietary therapy. If you have a tendency to cystine stones, it should be reduced. Animal products should generally be avoided as much as possible as they contain high levels of methionine, the metabolic precursor to cystine. For this reason, the feeding of eggs, soy, turkey, fish, offal, and sausage products should generally be avoided.

Below you can check 19 tips for a healthy Pug life: 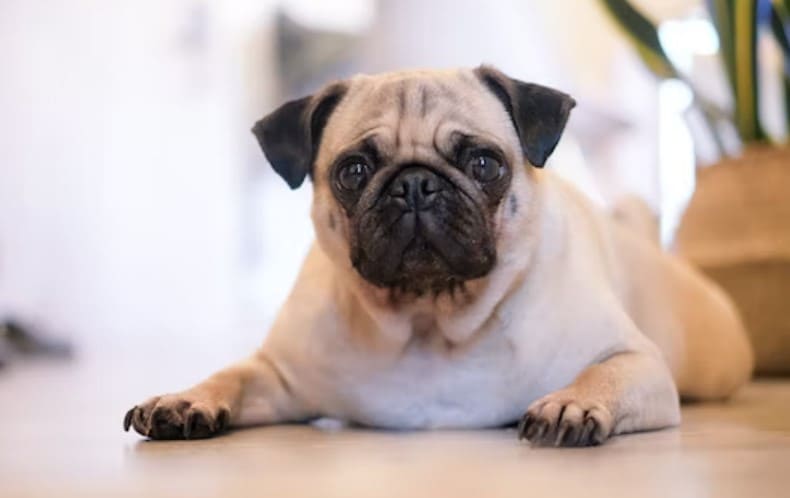 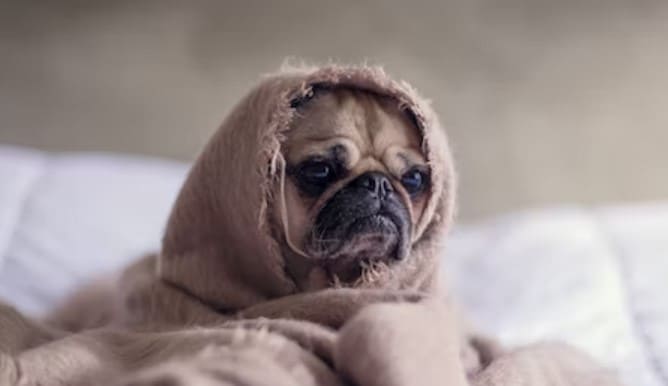 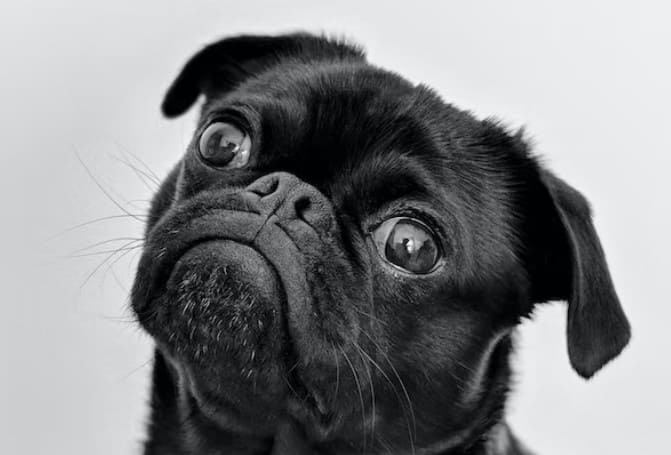