A dog as a family member means having a faithful, loyal and loving companion at your side for at least 10 to 16 years, depending on the breed.

Unfortunately, in our joy at a playful, spirited puppy, we tend to forget that dogs, too, acquire diseases and infirmities as they get older.

The furry friend means not only receiving his love, but also taking responsibility for him and his well-being. Similar to a marriage in the past, in good times and in bad! 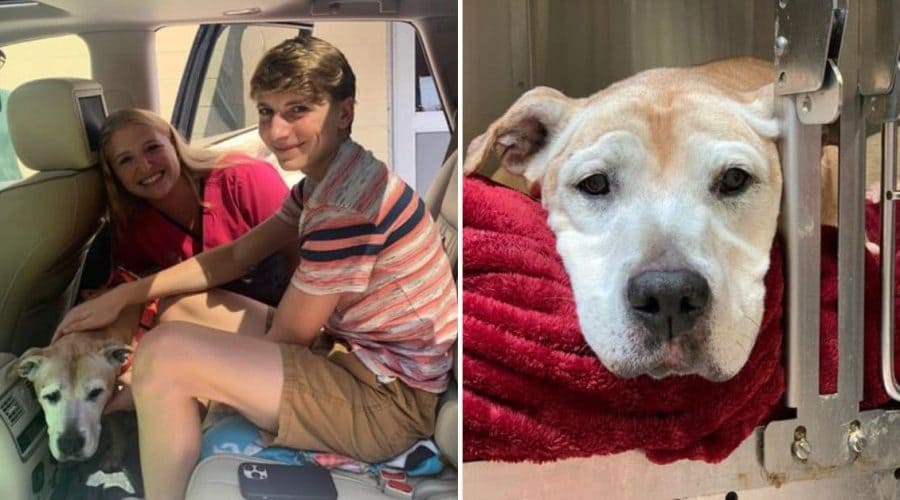 The sad example of Netty

Netty is a friendly old dog lady who is now 15 years old. She had already been given to an animal shelter once before and so there was great joy when a loving family was found for her 10 years ago.

Netty spent many happy hours with her family and slowly grew older surrounded by her loved ones. However, age was accompanied by incontinence.

Suddenly the owners felt unable to keep Netty and gave her back to the shelter.

The director of the shelter immediately felt sorry for poor old Netty and immediately arranged for a medical examination.

It quickly turned out that a urinary tract infection was the reason for the incontinence and that it could be treated well with medication. Netty was on the mend.

Gillian, the head of the animal welfare organization, picked up the phone and shared the good news with the family. Netty was in the process of healing and the family no longer had to worry about it.

However, the old owners refused to let Netty back into their family. Although she stood by them faithfully for more than 10 years.

Gillian could hardly believe it and immediately posted a post on social media to tell Netty’s sad story and in the faint hope of finding a heart that would have mercy on Netty.

The heartbreaking tale should also draw attention to the fact that aging dogs continue to experience the same fate as Netty, even though the solution to diseases and ailments may be just a vet visit away.

Through the posts, Amy, herself a vet, also found out about Netty’s depressing story. After all, she, too, has repeatedly experienced in her practice that despite love and a duty of care, dog owners have a problem with aging and sick dogs.

She immediately applied to Gillian for adoption and also explained to her that as a vet she knew how to deal with Netty’s illness.

Just a few days later, Amy was on her way to take Netty to her new and, above all, last home and thus offer her a happy environment for the rest of her life.

Amy already owns several pets. In addition to dogs, there are also five cats in the family of the loving veterinarian.

She has now taken over telling Netty’s story on social media and was the first to post a picture. It shows how Netty arrives at Amy’s home after a long drive and is immediately taken in by the other animals in her circle.

Surrounded by the five house cats, Netty can be seen dozing on the sofa.

Amy is confident that no matter how much time Netty has left, she will spend her final days, months, or even years in a loving home, actively involved in the family, and contributing to the joy of all.

Moved by the photo, Gillian from the animal protection organization writes how happy she is about Netty’s happiness, how nice for her to see that there are people who also give older dogs a chance at a pleasant old age!