The Patterdale Terrier is a breed of dog originating from Great Britain, which is so far only recognized as a breed by the United Kennel Club (UKC). Dogs of this type were first bred around the 1800s in Patterdale, Cumberland, as hunting and working dogs. A dog was wanted for hunting smaller game such as badgers, foxes, and martens, brave and tough enough to follow prey into narrow burrows and hold it there. Bull Terriers and Staffordshire Terriers were definitely among the ancestors of these dogs. The small but very courageous hunters created by crossing were also called black fell terriers or black terriers. It was not until 1975 that the first animals of the breed came to North America, especially the USA, where it is very popular and well-known today. The Patterdale Terrier has had UKC recognition as a separate breed since 1995. This dog breed is still relatively unknown in Germany but is also enjoying growing popularity. 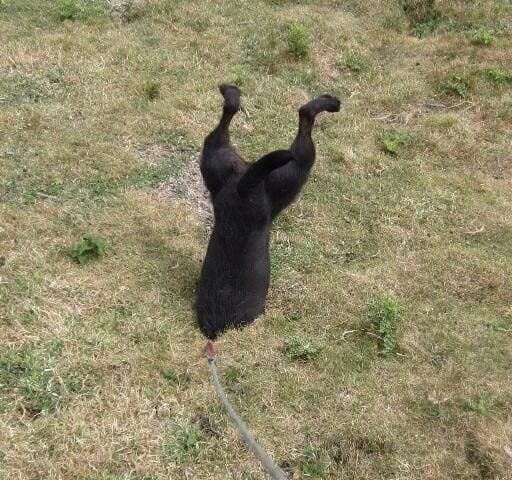 The Patterdale Terrier is a small to medium-sized dog breed. It usually reaches a height at the withers of between 25 and 38 centimeters. It weighs between 6 and 12 kilograms. 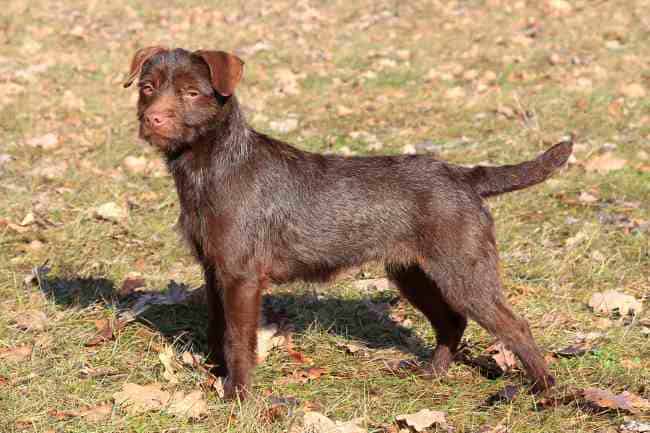 It is the size of a dog that is indicative of the size of the litter. In this case, a litter size between two and five puppies can be assumed. 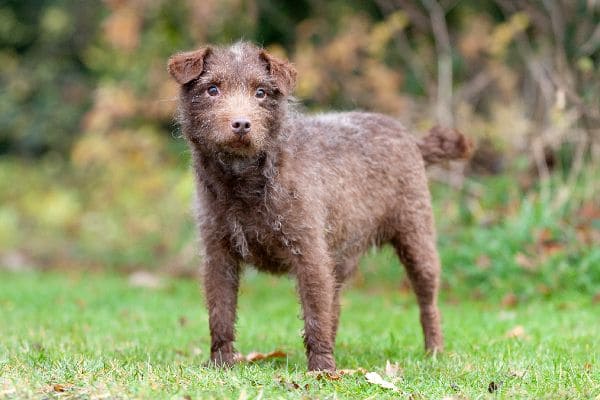 It is true that the Patterdale Terrier is bred as a hunting dog. Its small size makes it a perfect hound for burrow hunting, which is instrumental in fox and badger hunting. In action, he convinces not only with his stamina and strength but also with his very special self-confidence and the really strong hunting instinct. Intuitively, he knows what he has to do at which point of the hunt and takes on the task with great seriousness and a pronounced independence.