In the Middle Ages, the Irish Wolfhound was hailed in songs and stories. It was a respected big game hunter, appreciated by princes and nobles. Today, the friendly giant serves as a companion dog. 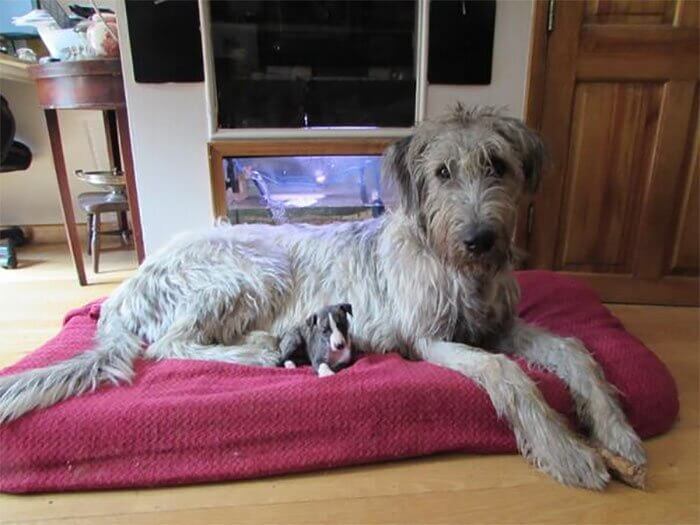 The breed, or at least an ancestor of it, can be traced back to the time of the Celts’ immigration to Ireland. In other words, the Irish Wolfhound was on the island a few hundred years before Christ. During the Middle Ages, ordinary people were not allowed to own wolfhounds. It was reserved for nobility and kings. The dogs were appreciated as both hunting companions and as companions in the castle halls.

There are many stories preserved where they are praised for their faithfulness and courage. An example is the legend of the wolfhound Gelert. It is said that Prince Llewelyn went out hunting without Gelert, who usually always accompanied. When the prince came home, the dog was completely bloody around the mouth. Convinced that Gelert had bitten to death his son, the prince killed the dog. But then he found his son unharmed next to a dead wolf. Llewelyn became so desperate about his mistake that he never smiled again. The tomb of the heroic Gelert can still be visited today in the village of Beddgelert in Wales.

Today, the previously so pronounced hunting instincts have largely been abandoned. However, many dogs like lure coursing (simulated hare hunting).

The wolf dog is big. Females should be at least 71 cm in height at the withers and preferably males 81–86 cm.

The puppy and young dog should be exercised carefully. From a birth weight of 500 grams, the wolf-dog becomes an adult dog of 50-80 kg. Most growth takes place in the first half of the year and lasts until the age of 2-3 years.

The most common color is brindle, but dogs often look gray because the coat hairs often turn gray or silver. There are also red, white, wheat, fawn, and black wolf dogs.

As a watchdog, a wolfhound does not fit well, but its size has a deterrent effect on “guests” with bad intentions. 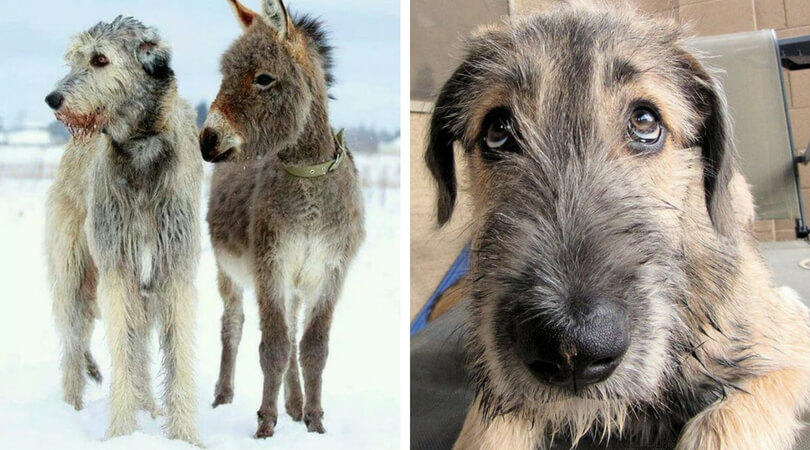 Despite its size, the wolfhound is by no means a colossus or difficult to keep indoors. It is quiet and spends most of its time lying or strolling peacefully around.

The first specimens came to Sweden in 1931. The breed club in Sweden was founded in 1976.