Celtic hound, which became larger and bulkier through the crossing of mastiffs. Probably the most famous dogs came from the monastery of St. Hubert in Belgium.

The Bloodhound had to suffer unjustly because of its name: This only says that it is “pure blood” since strict attention was paid to the narrowest line-breeding during breeding. He has nothing to do with the so-called “bloodhounds” used in the 19th century to hunt slaves in Jamaica, Cuba, and the American southern states. These were animals of Spanish origin, into which mastiff-like dogs were crossed. In England, the Bloodhound was already used as a patrol dog in the 16th and 17th centuries to track down highwaymen and cattle thieves. But here it was all about exploiting his excellent qualities as a tracker dog.

The FCI has taken into account the fact that St. Hubertushund and Bloodhound can no longer be separated. There is a single standard for both, but it primarily relates to the English type.

Below you will find the 10 best Bloodhound dog tattoos: 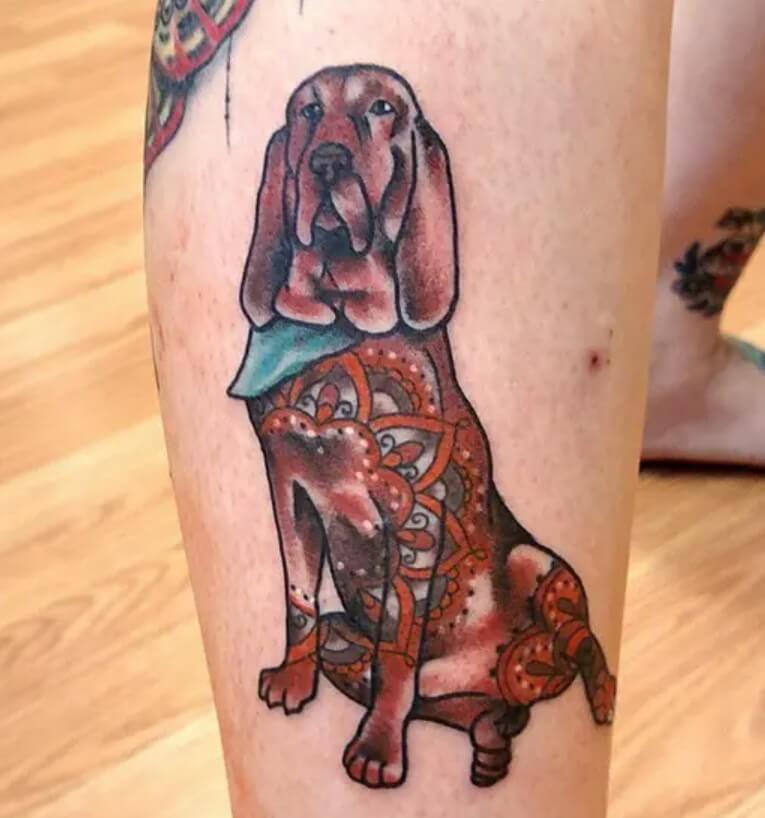 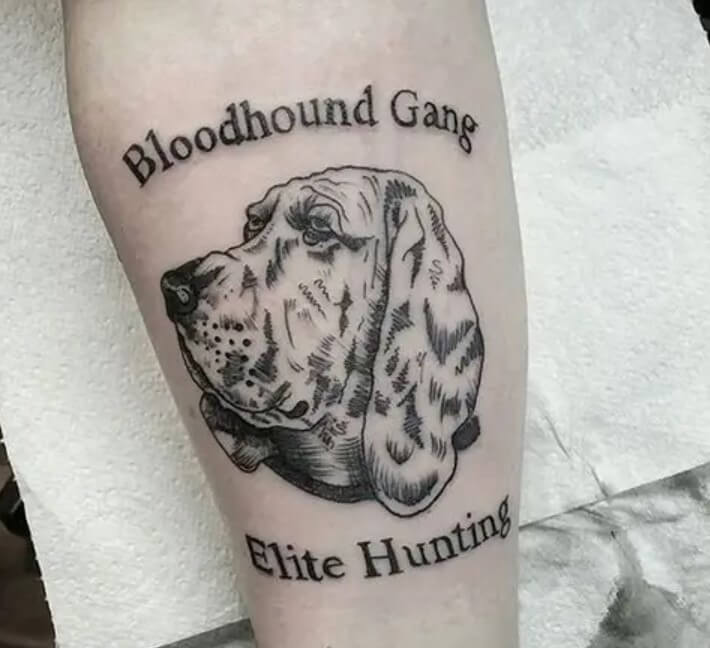 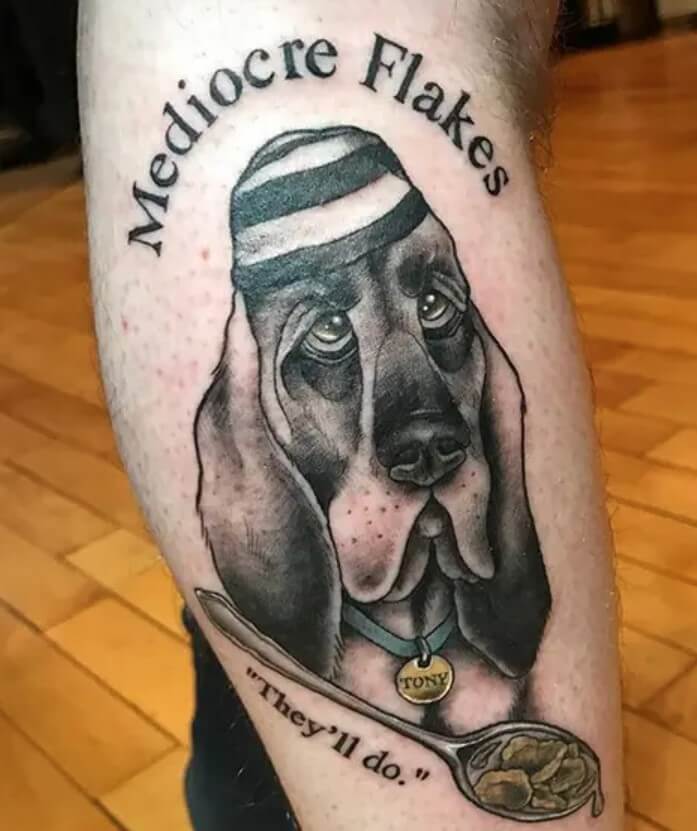