The Bernese Mountain Dog has a long history in Switzerland. Raised as a farm dog, he is now a popular companion dog for families who want a loving, friendly, and intelligent canine.

The Bernese Mountain Dog originally comes from the Alpine region around Bern. On farms, he was long used as a working dog: he was supposed to guard, pull heavy objects, and herd sheep. It is said that the breed can be traced back around 2000 years to Mastiff-type dogs. Dogs that came to what is now Switzerland with the Roman legions were crossed with other dogs and developed further so that they could eventually be used on farms.

In the 19th century, there was no name for these dogs. They were later called Dürrbacher after a rocky Alpine region south of Bern. The name “Bernese Mountain Dog” first appeared in 1909. At the same time, the Swiss Dog Club was renamed the “Berner Sennenhund Klub” because of this breed, as the dog was considered the national dog of the canton of Bern.
Today, the breed is a popular family dog, although it may thrive best as a working dog.

Below you will find the 10 best Bernese Mountain dog tattoos: 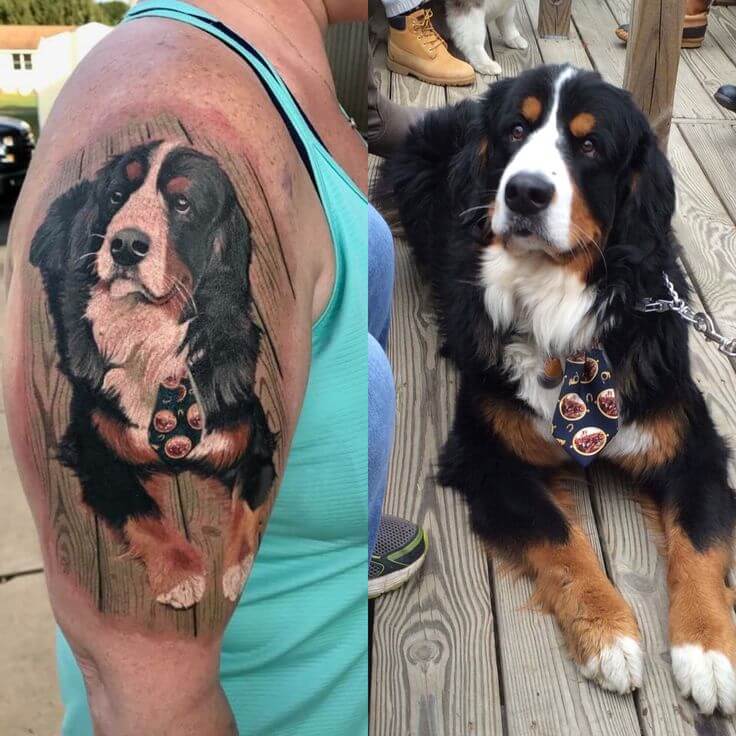 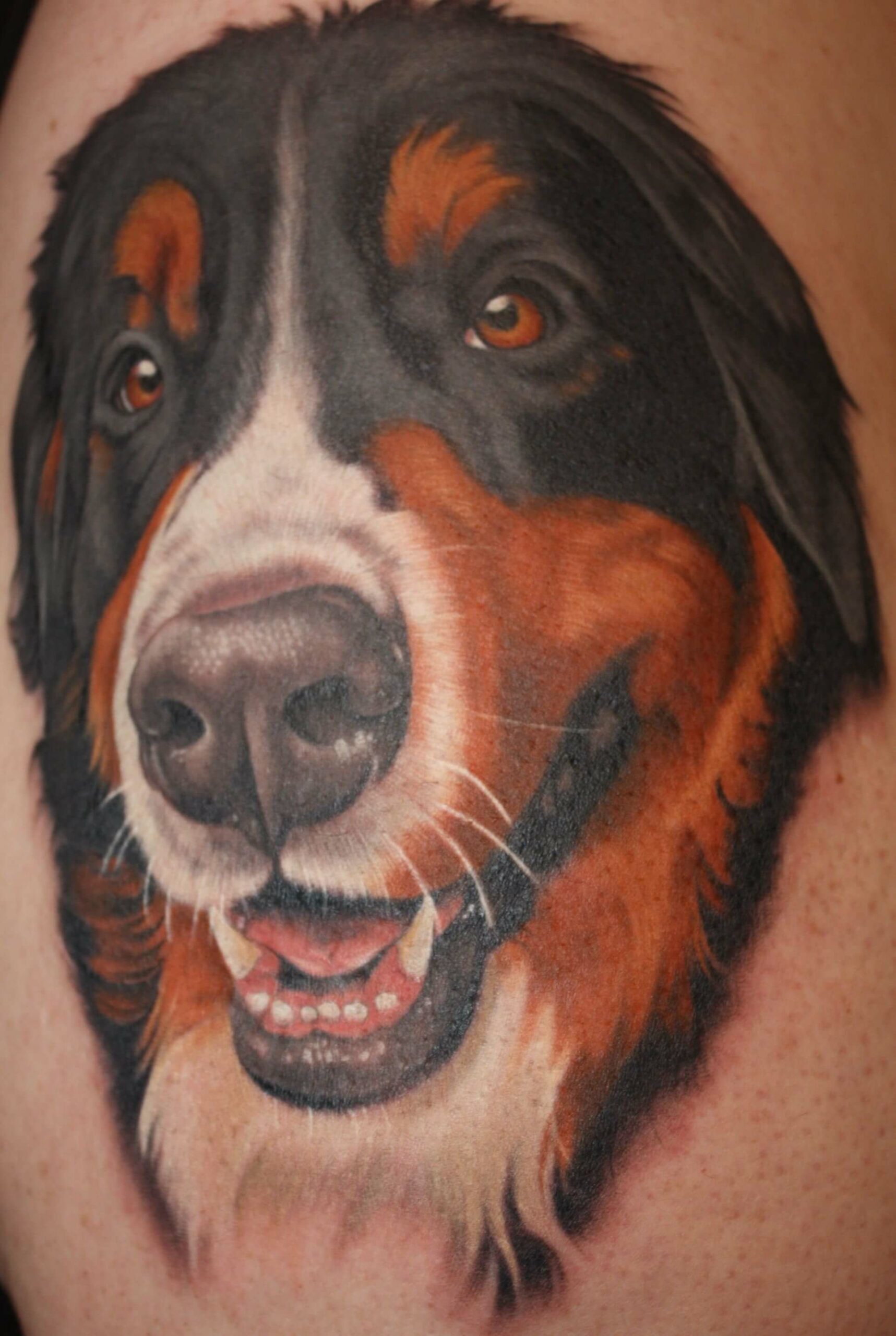 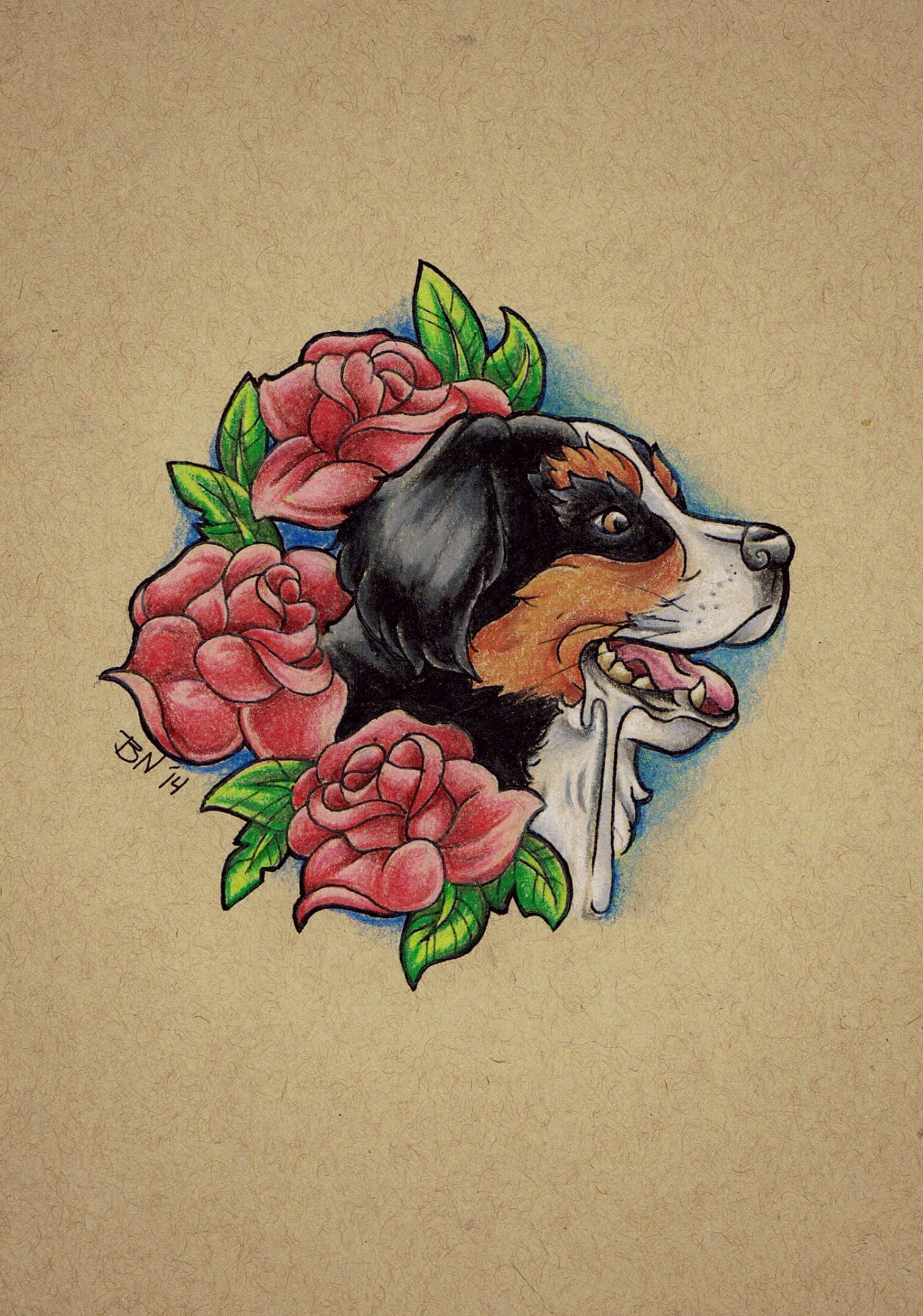