This breed originated on the island of Newfoundland and evolved from native dogs and the large black bear dog that the Vikings introduced there after the 1100s. After the arrival of European fishermen, different breeds participated in the creation and refreshment of the breed, but the most important characteristics remained. When colonization of the island began in 1610, Newfoundland already possessed its native morphology and temperament traits. These qualities have allowed him to endure the extremely harsh climatic conditions on land when pulling heavy loads and to defy the dangers of the sea as a water and rescue dog. The Newfoundland is massive and has a strong, well-muscled body; the sequence of its movements is well coordinated.

Below you will find the 10 best Newfoundland dog tattoos: 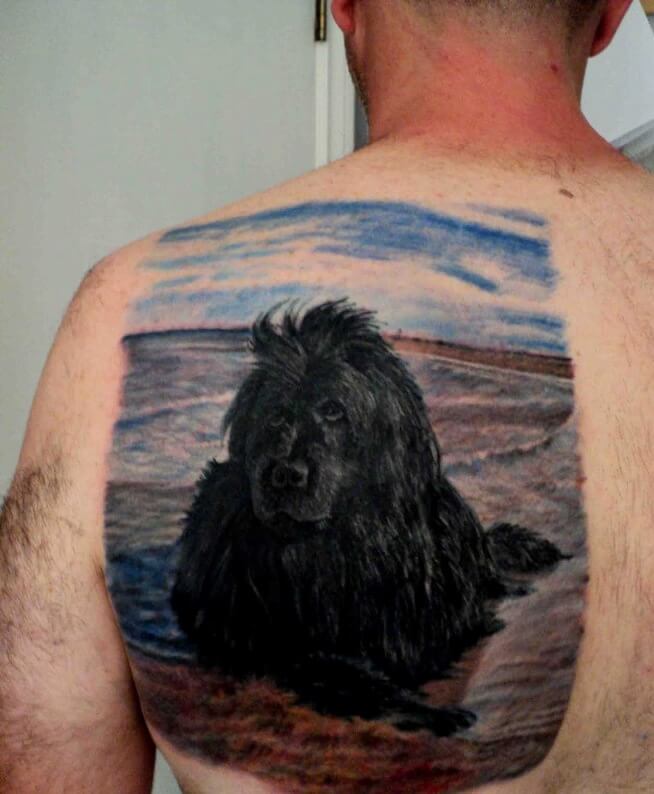 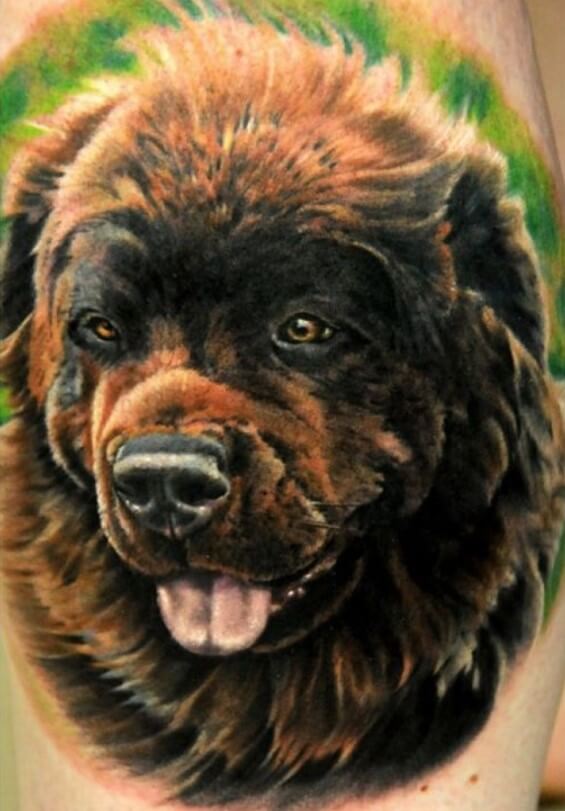 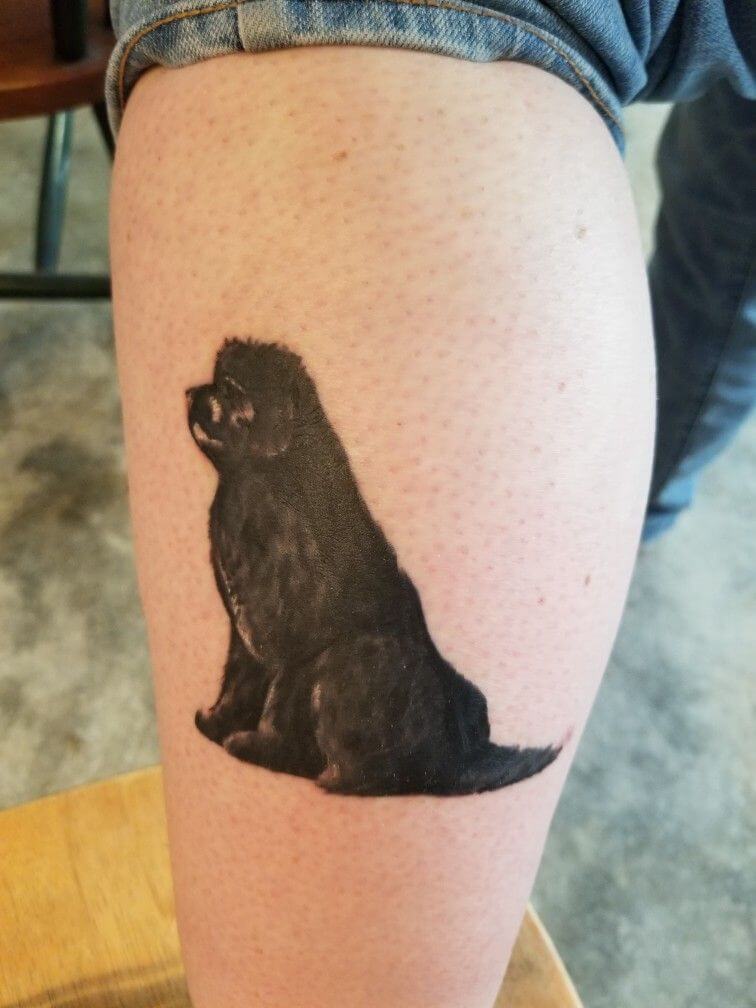